Disaster Strikes...now that I had all the information for the legs I drilled the holes for the legs. I will have to taper them once the top and bottom are glued up. The holes are 1 3/8" on the bottom and 1" on the top. Now I can glue up the bottom to the sides and front. 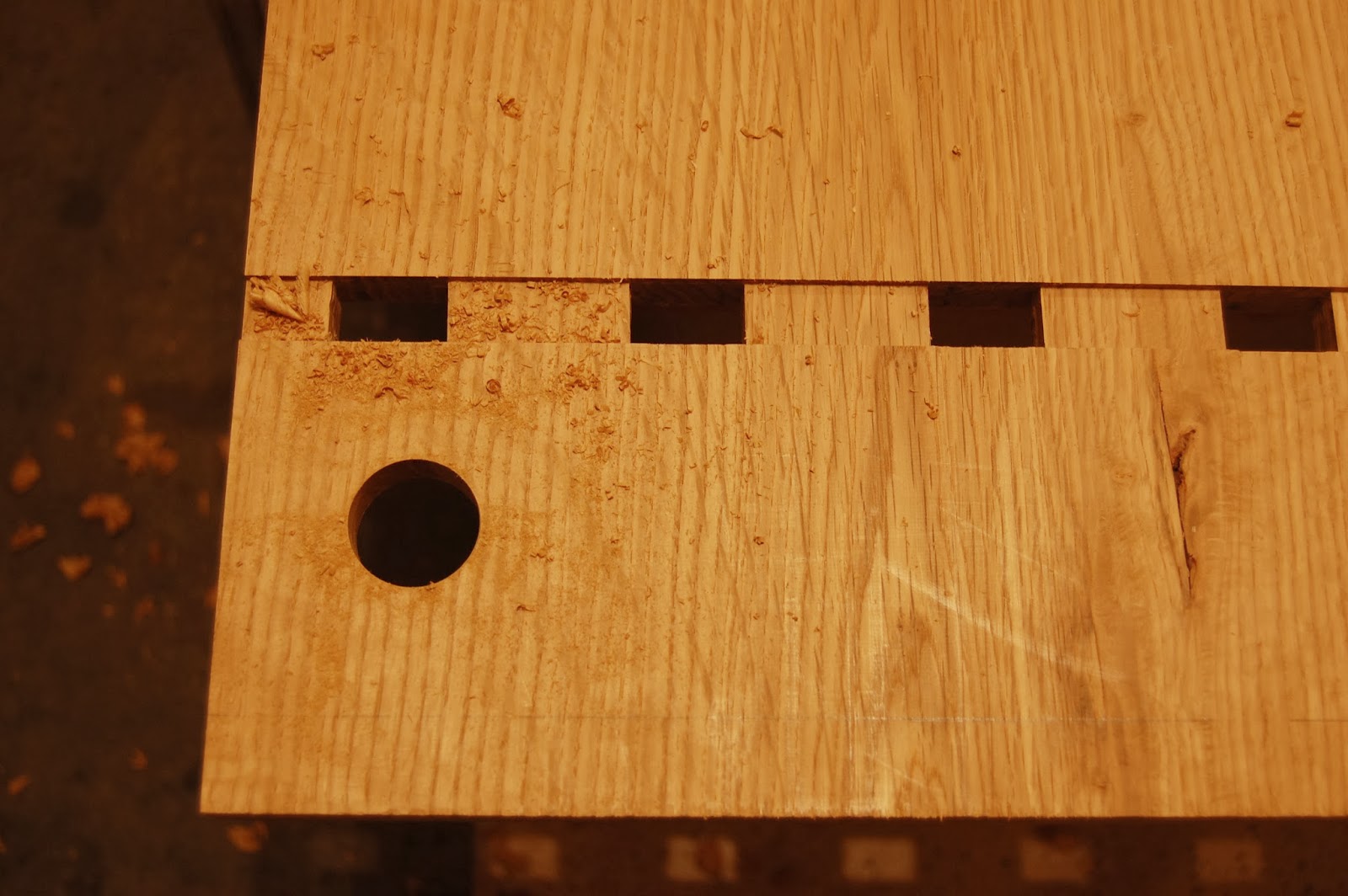 The glue up went well. I planned two boards with a 3/16" crown so I could put pressure in the middle where a clamp  couldn't reach. I had cauls on the bottom in which I had milled a trough so the pins could stick though so I didn't immediately see my mistake. The pins didn't stick through. They were flush with the bottom. Somehow, I had cut my tenons too short; 1/8" too short! I was too far with the glue so I left it. It didn't matter that the pins were flush on the bottom, but for the top it was a debacle.

I panicked, cursed, and had that sick feeling until I realized I could fix the top. I'd have to go back and milled 1/8 out of every dado on the top and then make new dovetail pieces. After whacking myself in the head for a while I just started in on it. It wasn't too bad. After a couple of hours I was back to where I was. Dumb, dumb, dumb, dumb stupid rock.

I needed the radius on the top. For that I need another jig. But, I have it! I drew the radius with the trammel and then cut about 1/8" from the line. I then got out the router and cut the line with a giant circle cutter. It looks like this. I can cut a 16' circle with it so it is good for this task. Using an upcutting bit I get a nice, clean edge. 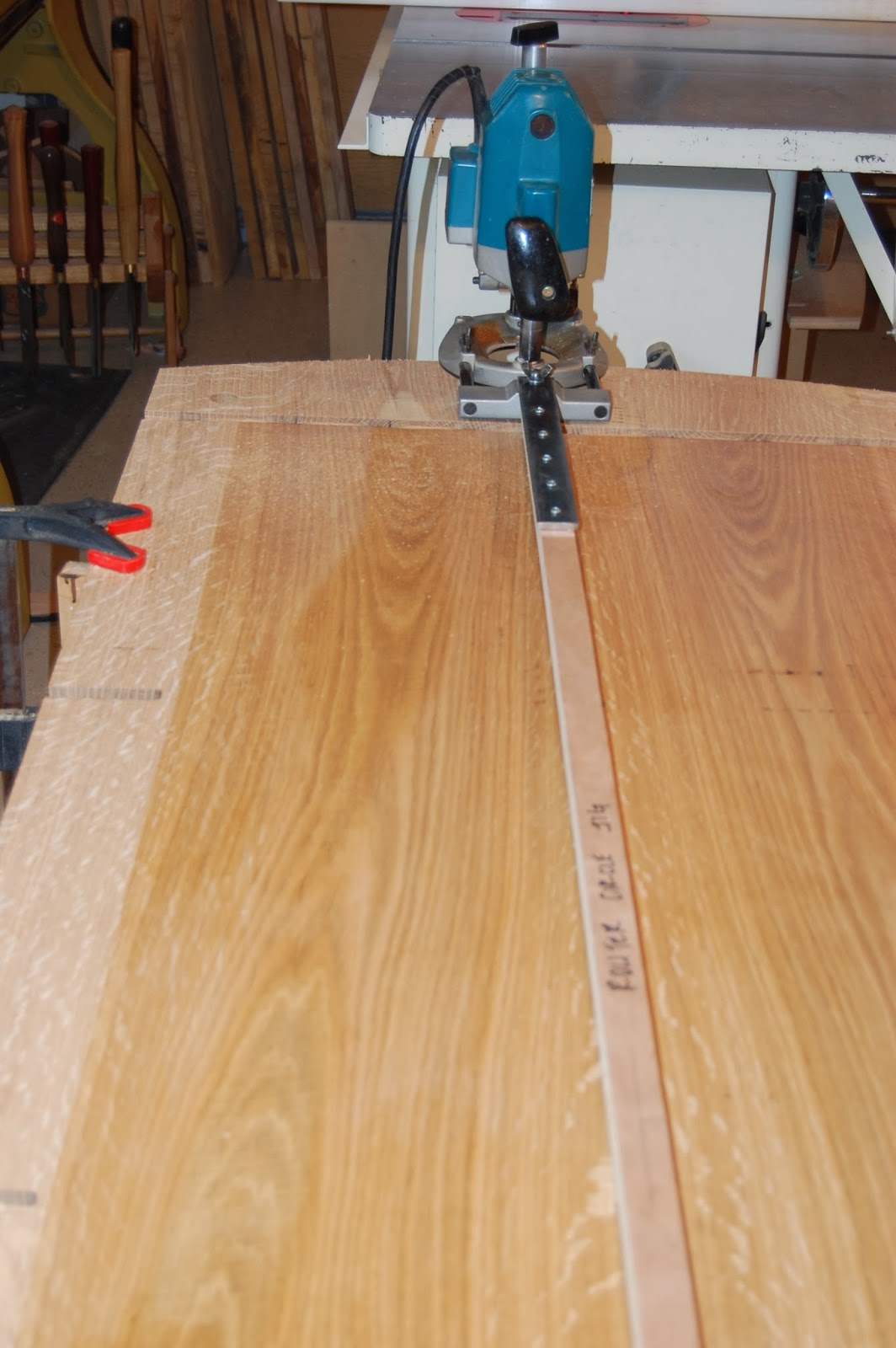 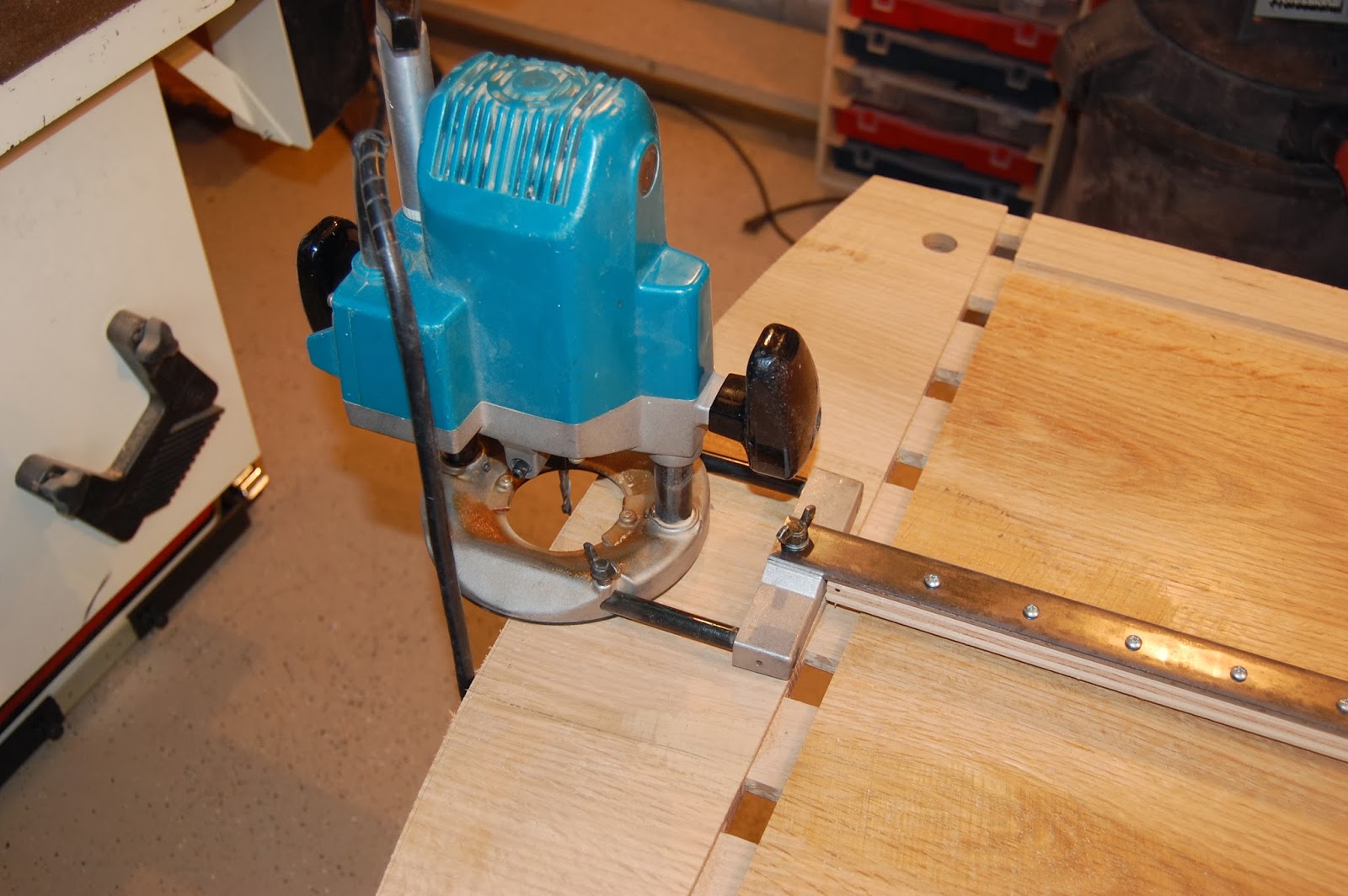 So, here's what the top looks like. Now,  I'm actually really to glue everything up. I won't detail the glue. It will be pretty boring - I hope! Next, I'll have picture of the desk as it will appear, but without the legs. 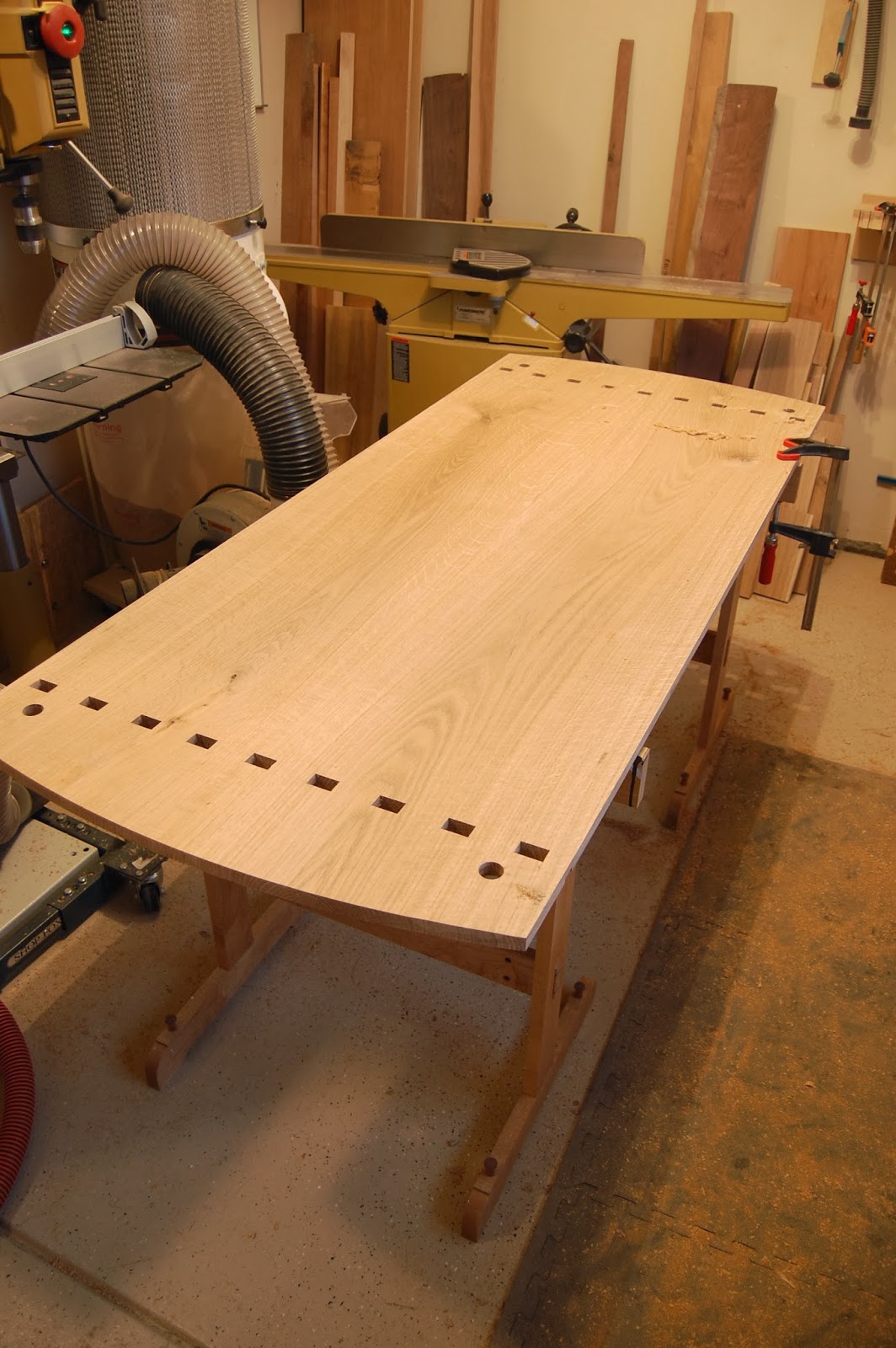