The Department of State and Me

On October 13th, just after lunch, someone from Reston VA did a Google Search for "artis brazee". They found, among other things, my Blog. They spent about 8 minutes on "thoughts from the wrong side of the brain" and viewed every page of my Blog, now almost 80 posts. Their IP address was the Department of State, which is located in Reston. The other famous place in Reston is the CIA.

They must have found my receipt for the turban, Damn!

Take this - here's a satellite photo of your State Department office at 1861 Wiehle Ave # 200, with your burgundy Toyota Camry out front - you were late for work! 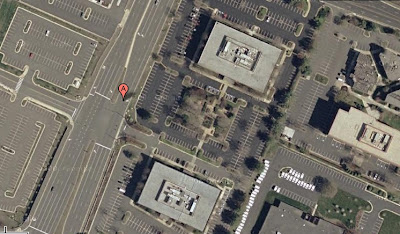 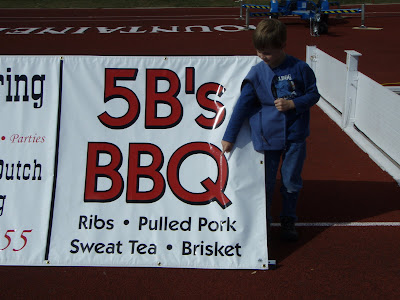 We went down to Gunnison to see Erin this weekend. It was parents weekend. Western is a small school - about 2000 or so and it has a small town feel.

At the football game the half-time "event" was sponsored by a local eatery specializing in southern BBQ. Of course, southerners love their tea with sugar; however, the sugar has to be added when the tea is brewed to be just right. Thus, advertising this southern staple is an important part of a true southern restaurant.

This is the sign paraded at half-time. We couldn't figure out what "sweat tea"was; however, we do hope Erin learns better spelling!

Maybe a big kettle and a few fresh football jerseys....yum. 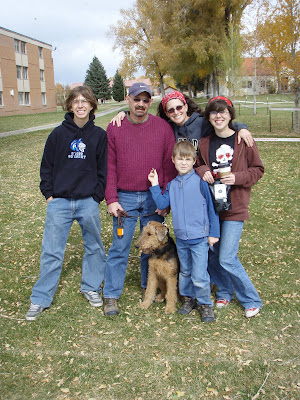 The sand and tall reed grass broke my fall. I rolled down the bank, the dry sand mingling with the sweat. I could smell the earthy scent of the water; a forgotten smell, a smell foreign to these secret mesas and canyons.

First things first – before my absolution, before my baptism, I needed assurance that I could escape. I went down to the tree and found I could easily pick up the smaller end. It was a very tall cedar of about 150 year’s age; now a whitened, wooden bone. In this red sand most of the pinions and cedars grow short and gnarled; twisted with the desire to live; however, this one was tall. Anything that manages to begin here grows old with the effort. On the previous day I had looked for and found a dried and dead cedar and cut off a bottom branch and counting the rings found they had numbered more than 280. Due to the arid environment, sometimes forty rings fit into an inch. I guessed the tree itself to be about 400 years old, but even at this great age it had not known the Anasazi who called this place home. This straight and fallen tree must have grown in a sheltered spot somewhere up the canyon until it was ripped from its privileged home by the demon that had created this magical place.

The trees here are ancient and even in death last centuries standing alone in the desert, sentinels to the past, unable to fall, unable to give back to the sand, their life having ebbed hundreds of years before. Dendrochronologists, using tree rings, can date a 11th or 12th century Anasazi ruin to the exact year of construction having built a record from the rings of good years and bad years. Records now go back into the 800's depending on the area.

With some effort I was able to drag the dried hulk toward the overhang. The endeavor added to the misery of the sand and sweat, but with the promise of water fulfilled it was unnoticed. I maneuvered the heavy end of the tree closest to the wall and rested; seated on the ground, legs drawn up, triceps on knees, hands extended, wrists bowed, head bent low, dripping sweat into the sand; the round drops pulling and pushing small craters in the surface - the spots extinguished and gone almost before they began. Returning to the top end of the tree I straight-armed the trunk over my head and fought it upright; walking toward the base until it stood once again. For a moment I wasn't sure I could make the final few feet. I wrestled it straight and it fell with a hallow thud against the overhang. I had my escape - my return to the rim; I could complete my redemption and wash away the sand, the sweat, the salt, and the stench.

I returned to the edge of the pool and removed all of the fetored white-encrusted vestiges of my humanity and stood naked in the air. With deliberate care I stepped into the pool, the ripples giving away the secret. It seemed holy, a place I shouldn't be. For a moment I thought my filth might remove the magic, might steal the wild. The water was cold, bone cold. The temperature seemed out of place - foreign.

The effect of the water was as much magical as real, as much anticipation as reality, as much an abstract thought as chilled flesh. Before I had committed to the jump I had collected all the many small rivulets and forced them together with small dams of sand. I stood within that small waterfall, waist deep; my sins washing away, my rebirth complete.

Later, I climbed the rim, my freshly washed shirt now wet with sweat - soon to be white.

Labels: get out there, travel