Building a Custom Desk - On the Nature of a Thing

The creation of  a thing neither begins nor ends. This desk began when I first wondered how a leg can NOT be attached, and will end some years hence when I last push myself away from its worn and used surface still too aware of the mistakes I made and where my design fell down. It also began when a neolithic man took a sharp stone and formed a hole in a iridescent shell, tied it round with a string which he had crafted of sinew and gave it to his lover. Design, even with something original like this desk, rests upon an long aesthetic of those who came before, some of which were giants. It rests upon philosophy and social constructs. It is a reaction to the world at large and our experience within it. It is the sum of all those things and forms the hand and head to its end.

This carved detail is founded upon the Japanese Philosophy of Wabi-Sabi...no, it's not hot and you can't eat it. This broad idea manifests itself in the handcrafted by finding beauty in imperfection. Characteristics of the wabi-sabi aesthetic include asymmetry, asperity (roughness or irregularity). This carved section is in purposeful contrast to the ordered squares...round and square. It is also the rough to the smooth of the top. 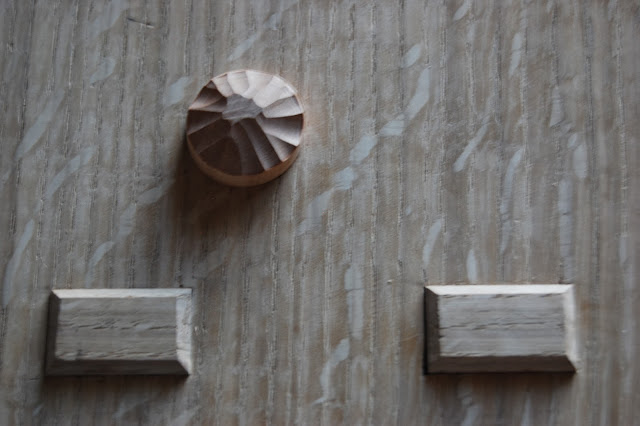 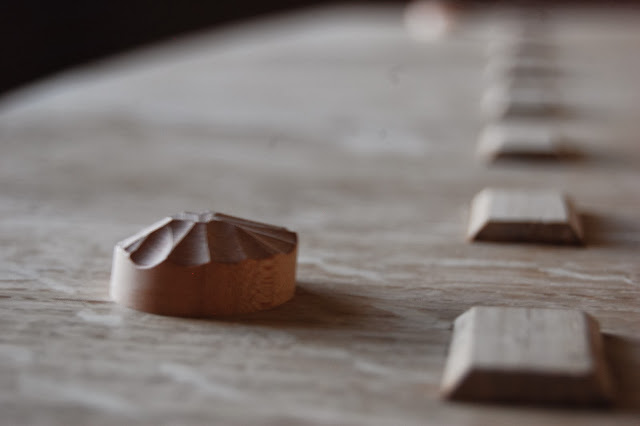 Again, you will find the round and the square in the ends. The corners begin at the same location, but the top flows around while the bottom is square. 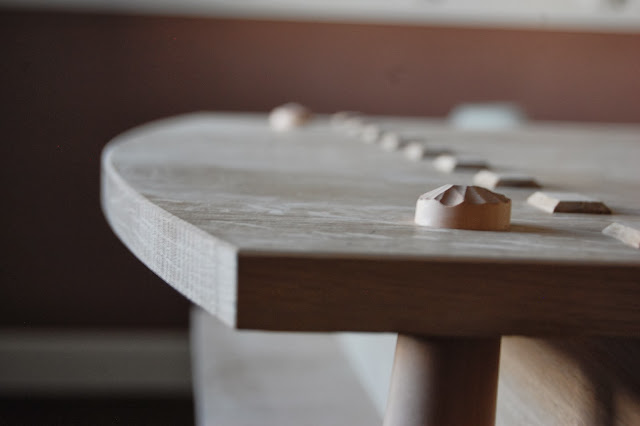 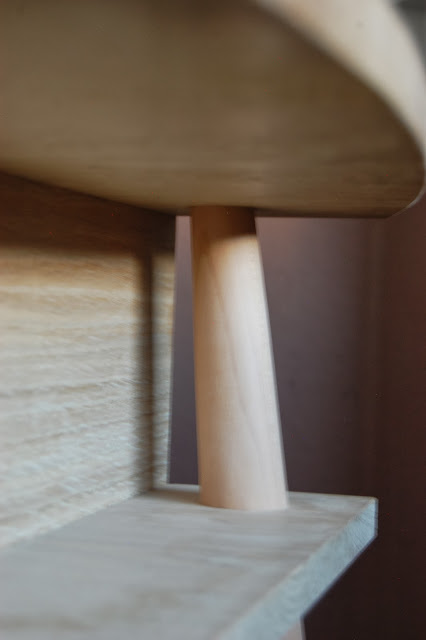 Here is the unexpected...the leg passing through the desk. Legs simply hold up things. We don't notice them unless they're nice and attached to high heals. The expected usually doesn't even fire in our vision center while the unexpected captures our eye and requires our thought. I imagine a child would like this space between the bottom and the top. Cars and super-heroes would fit nicely...kids always find such in-between spaces. 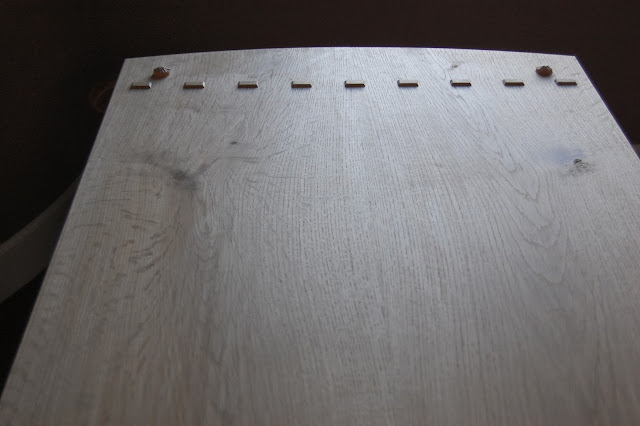 I spent the last several  days building a shelve/table/ bookcase...I don't know what to call it...which matches the desk. The wood I used is very beautiful. It was put together in much the same way, but of itself is quite simple. But, it is a good companion to the desk. 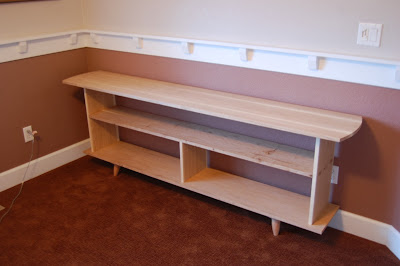 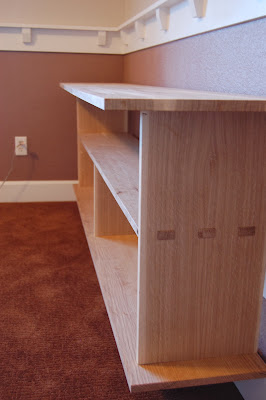 Next, the fumming. I need to build a tent and buy some noxious stuff. Then, the simple design will turn in to a crazy beautiful thing.