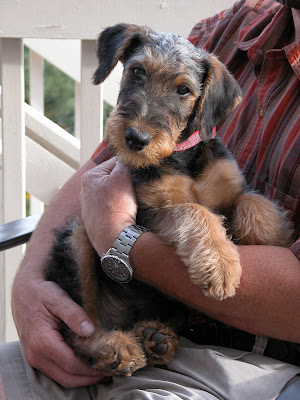 Well, the puppy is picked. We brought him home on Sunday. He's "stop you dead in your tracks" cute. Now, the name.....

We had been thinking about names for quite a while. A Google search proved helpful, but as usual there were just too many choices. We wrote down quite a few, but we wanted the name to match the little booger. Chewbacca was a contender, but didn't make the final cut.

Once home Bridger settled on Strider; the name of the Ranger in the Lord of the Rings who eventually became King of Gondor. Bridger desperately wanted Tintin; as in Tintin and Snowy by Herge. He has been reading those a lot, but he didn't know about Rin Tin Tin and the fact that it was a common dog name. We kept forgetting Strider and calling him Shredder, but Bridger didn't like that name very much. 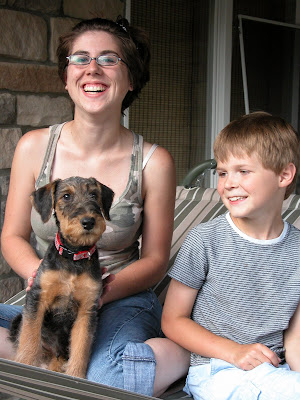 Somehow, after a day or s0 we came up with Colter and it stuck. (I swear I didn't plan it) Bridger liked it - he said now Bridger and Colter are together again. So, now the little chewing rogue has a name, which by the way, he seems to have gotten used to it already. 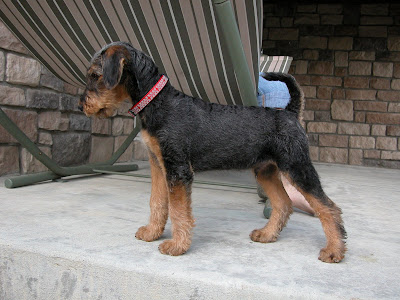 The pictures tell it all... I've got to go and clean up an "accident".