I ran across this quote recently while rambling around blogesphere.

“I am trying to check my habits of seeing, to counter them for the sake of greater freshness. I am trying to be unfamiliar with what I am doing.” Robert Rauschenberg

I thought the statement fantastic on many levels. Those of you that know me, or read this blog know that I am interested in dichotomy. I see a lot of dichotomy in this statement. 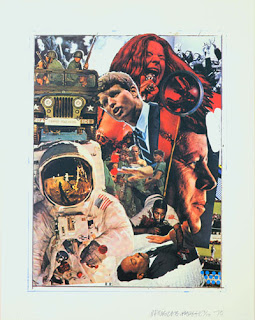 I didn't known of him, but Rauschenberg is an American artist noted for his collages, photomontages, and paintings that incorporate photographs and real objects. I found out, therefore, he was obviously speaking about the creative process. Some of you know exactly what the creative process is, but I think an explanation is in order. Or, perhaps an attempt. The culmination of a successful creative process the creation of an object (i.e. photograph, sculpture, etc...), or an event (i.e. play, movie, comedy, etc..) which people recognize as excellent. I'm not going to discuss what is art, or what is good art, but let us assume we know excellence when we see it. i.e. - I'm not talking about the stuff on the margins.

One of the obvious questions concerning excellence is, how is it attained? How is it manifest? How do people create this stuff? What might we understand about their process which we could bring to ours?

I would argue that most of what we recognize as excellent was intuitively created. People work years for this gift - artists in particular. 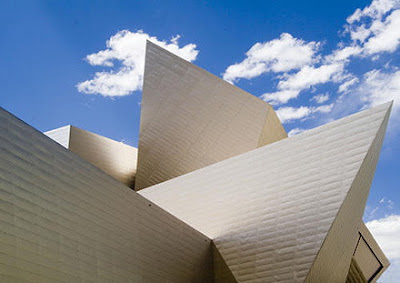 I believe Danial Libekind's recent addition to Denver's skyline; the Denver Art Musuem, was originally quite literally sketched on scrap paper. That which is intuitive is prized. Malcolm Gladwell is enjoying the profits from a recent best seller called Blink (see my post, recent & recommended). It is about trusting and being guided by our intuitive selves. Zen is all about being so good at something we forget how we do it. It is best illustrated by driving. When we first start driving it takes concentration to keep the car between the lines. As years pass we forget it was ever a difficultly - it is natural, without thought, and completely without effort. There is still effort, but we are so good the effort is unnoticed. That's the zen of driving. That is the intuitive process illustrated. So is riding a bike, typing, clicking save, writing a good brief, changing a diaper - we forget what we're doing. We all know....the zone.

Rauschenberg is asking us to forget the zone - to look again, to be unfamiliar with that with which we are familiar. Blasphemy! But wait, what if we could look at that brief again, that response to a request for quote, the way we turn a bolt, run a saw, or even; dare I say, look at a spouse. Depending on the thing - Could we find freshness? Could we find imperfection? Could we find less (or more) in what we see so often.

In one of my poems, given below, I originally wrote the last line of the first stanza to read, "Of seeing, but not seeing natures cruel fight". I was after this same idea, this idea of seeing fresh. I later changed the line; it sounds better, but maybe....

There is something in me that loves the white
Of new soft snow, all quiet, No wing a flight.
I need this steady diet
Of stark straight trees against the gray light,
Of feeling, but not seeing natures cruel fight.

The cold it wanders lost throughout my bones.
Its feel, its life, its death doth hone
This single thought - That I am here alone,
And this, this is what I've sought.