Beef Basin and the Anasazi 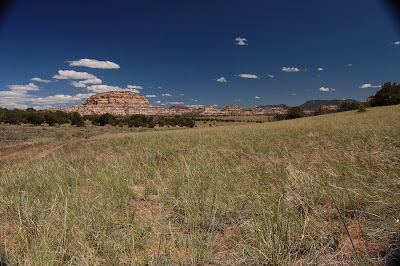 In June the grass grows tall and straight in Beef Basin. It rises from the red clay and the white sand and on strong heads and bares its fruit; lush and green in great waves it bows to the wind as it has for thousands of years. For a brief time it is lord over the sage and king of all that it surveys. But soon the heat will topple its throne, bake its temple as with fire, and then, the wind will only find dust.

The Basin, this improbable place, this enigma, this island, lies wide in the mist of chaos. To the north, hard up against the valley sit the Needles - Ceder Mesa Sandstone worn into knotted canyons, jumbles of small ravines and pinnacles, and vertically walled narrow valleys. To the west lies Gypsum Canyon. Deep and rugged its jagged edge cuts the valley and spews its collected hate into the Colorado - always the lowest elevation in the area and fixed at the confluence of Gypsum and the Colorado at 3,700 ft. To the south-east the Abajo's cut the sky. 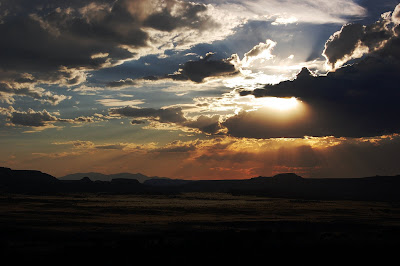 The highest peak within the range is Abajo Peak at 11,360 ft (3,463 m). These steeply sided peaks covered with impenetrable deep bush, Gambel oak, and Ponderosa Pine are igneous intrusions laid down about 25 million years ago and thus are younger than the surrounding and lower mesas. Much of the water in the south part of the valley derives its source from the flanks of the most westerly peaks. To the south Dark Canyon cuts a ragged swath leading again to the Colorado. The moat complete, the valley rests in its peaceful solitude. I have never seen another soul in Beef Basin. It is visited, but not often. 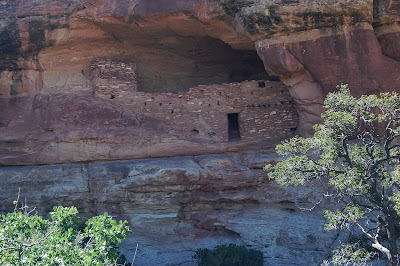 Beef Basin is an archaeologically rich area. (See The Shell Bead) Although many of the ruins are widely known long explorations in the canyons and washes produce wondrous finds, but be prepared for rough country, climbing, and a little suffering. The ruins range from the open Hovenweep style (albeit with different masonry) of the "The Farm House Ruin" to high cliff dwellings; some extremely hard to find and get up into the ledge systems. The "Farm" complex is quite interesting and connected, I think, to other similar ruins in the valley. At some point in time the valley had a significant population. 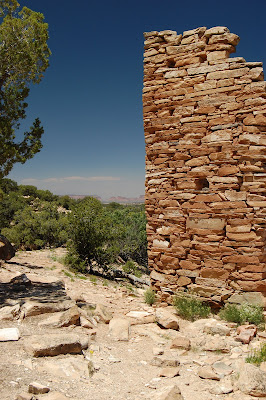 Interestingly, the farm complex is absent water today, whereas the other similar ruins are all tied to water. I suspect these ruins were abandoned in the drought from 1276 to 1299, but many have held up quite well. Some of the more remote ruins seem newer and still tied to the water that flows there today.

Beef Basin can best be accessed from the north and east with a normal 4x4 from Beef Basin Road, which leaves the pavement at Indian Creek, or from the south and west, on North Cottonwood Road just west of Blandings. From the pavement it is a committing drive either way.

One could easily spend two-weeks wondering among the mesas and canyons and only through several trips there have I truly appreciated its rugged beauty, its uncompromising remoteness, and unusual character of its location. 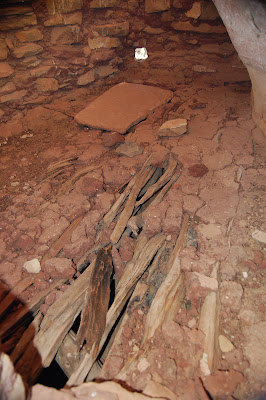