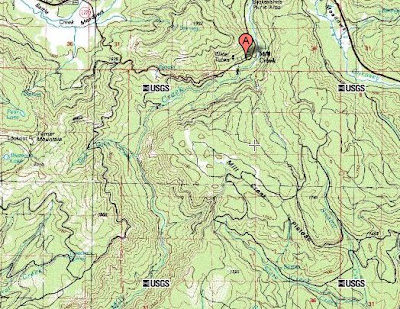 I was in a used bookstore in Gunnison not too long ago and found a book I've been interested in reading for a while. Published in 1961, the book is a fascinating account that terminates a part of western history with a viscerally and debilitatingly sad ending.

In August 1911 an emaciated Indian stumbled out of the Neolithic world near Mill Creek on the Mt. Lassen (in his language - Waganupa) foothills and into the brilliant lights of the twentieth century. Save from an old covered wagon cloth that he wore over his shoulders like a poncho, he had no modern object. He spoke no English, not a word. In fact, he had never had any contact with any white man whatsoever. (Except for some tragic contacts that we'll delve into later.)

He was the last wild Indian.

Ishi's life is one of tragedy and sadness and his story - more than any bloody massacre, more than Sand Creek, more than the Trail of Tears, and more than the gut wrenching emotion behind Chief Joseph's last lament; "I will fight no more forever" - shows us who we were and what we did. He was the Mohicans, he was the Apache, he was the Nez Perce, and he was the Blackfeet, but more tragically so. For the Yana, (Ishi's people) are unknown - they were quite simply exterminated until only one remained - Ishi.

The Yana had lived in about a 2000 sq. mile area around Mt. Lassen for about 2- or 3000-years. This number is surmised from the glottochronology. In an area smaller than Rhode Island they had lived so long that four separate dialects from the Hokan had developed - some not intelligible to other. Of interest is that the Yana language was sex-differentiated; that is, that the men spoke a different language to the woman than to each other. For example, the word grizzly bear, t'en'ta spoken by the males was t'et in the female language. The woman no doubt knew the male language, but did not speak it as the men spoke in the female language to the women.

When Ishi was born in about 1862 the Yani had already been hunted for many years and the southern group (the Yahi), Ishi's band, was thought extinct. The white men had killed or enslaved many thousands of Yani. However, a small family group had survived which included Ishi's mother and sister. This small, terrified group, unbelievably, had remained hidden for almost forty-years. Until, that is, a small group of men stumbled upon their hidden camp. Ishi's mother was left behind because of age and infirmary. The rest scattered. Even with the sick women present the men took all the food and tools. They left nothing. Ishi never saw his sister again and assumed she was killed; however, she most likely starved or was killed by wild animals. Without food and stores Ishi's mother died. Ishi morned his mother and now he was alone. The last Yahi - the last pure Indian.

He lived in this state until he walked out in 1911.

His story is told here in shortened version. Google Ishi - there's a lot of stuff out there and it's worth reading.

Ishi in Two Worlds - A Biography of the Last Wild Indian in North America, Theodora Kroeber 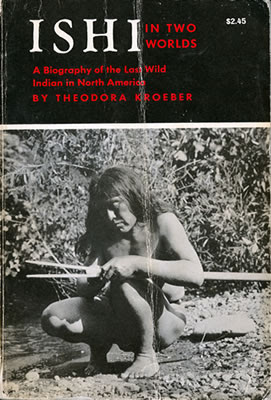