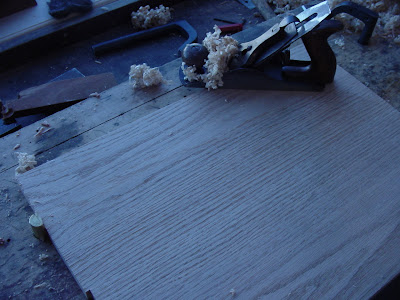 The first chore for today was to remove the clamps from last nights glue-ups and clean them up. The wood seldom, despite your best efforts, matches up flush, so a hand plane cleans up the joint. Notice in the picture you can see where the boards joined at the edge, but not in the middle. That's the goal - here's the picture.

Next, the panel is trimmed to size and a tongue was milled into each side. This will become a floating panel - similar to a door or the sides. I used the tablesaw. 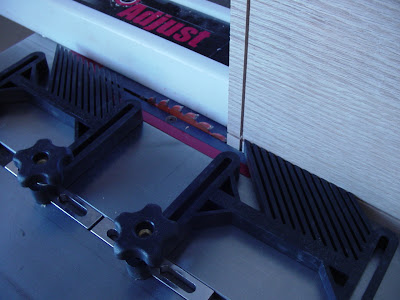 In the following pictures you can see the panel as it fits into the bottom stretcher (it has the tenon on the end) and in the second picture the way the tenon fits into the same groove or dado that the panel fits into. I won't glue these up until I assemble the entire stand. 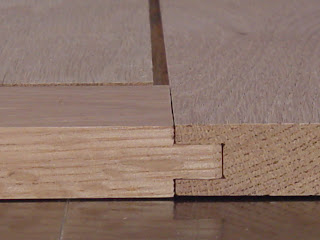 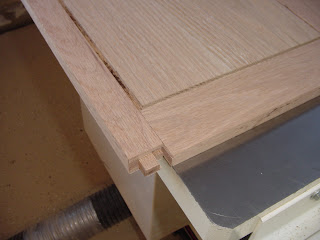 I also need to put the half-round profile on the under-top glued up yesterday. This is done on the router table. It is very simple - insert the bit, make a couple of passes and the job is complete. 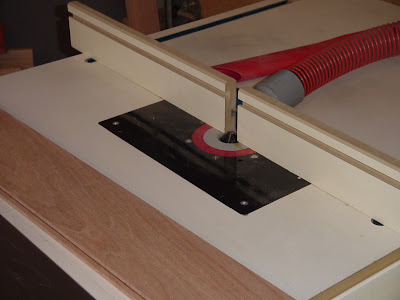 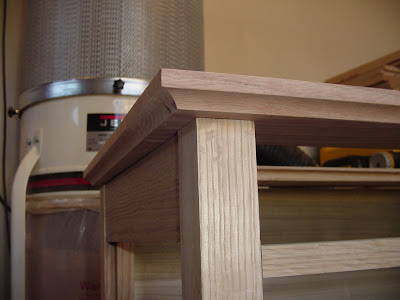 Now, for some hand work. The bottom shelve will fit into a recess in the back legs. This is done by hand - well mostly, I did waste part of the cut with a drill bit. The square is marked out, the center is wasted with a forstner bit and the remainder is chiseled out. The shelve will fit into the hole. 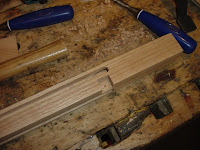 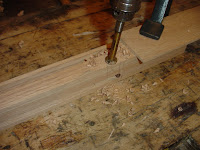 This is part of the "stack" - I'll soon be ready to assemble! I won't make the drawer or the doors until the stand is assembled so I can fit the pieces. I have the rough sizes cut, but before I do the dovetails I need the drawer front to be the exact final size. 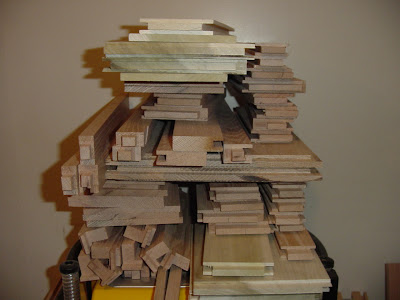