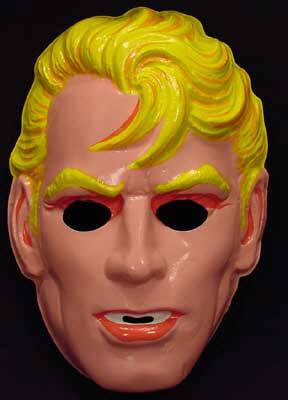 Wow, Halloween. Bridger came home last night, stripped down to his underwear and jumping bouncing, rolling, hopping, leaping, and yelling had me sit down and sort the haul. Candy bars here, and gum here, suckers over here, and...what do we do with these dad? Piles were everywhere. Some enterprising anti-candy Nazi even gave out rubber balls. Most likely a dentist.

So, now we have to endure the pleading. By the way, if you throw away a piece a day, they never know. And, of course, there is always the big lie, "I think you ate that last week, sweetie".

Halloween has gotten pretty sophisticated since I was a kid. Pillowcases were the most common haul bag of choice. Costumes were all homemade. Only the "rich" kids got a orange plastic bucket. If you were lucky you got a mask. They had this funky elastic string, skinny and white attached to the mask with little tiny metal pins fit into the end of the elastic. But, the pins were the second thing to break - the first was the hole in the mask. A second hole was then needed. By the end of the night the "new" holes were everywhere, and this wasn't even the worst. The worst was the hair. Everyone walked around with a bald ring around the back of their head for several weeks. I think some of the girls may have actually found the white string somewhere in a tangle of hair several weeks later - mixed with some hard candy. Eventually, the mask ran out of places for new holes, the pins came off and knots no longer could replace the pins. So, you just held it up in front of your face and said your piece. Most every kid walked away holding a mask with so many holes; and because it was being carried, now long tears from each side all the way to the eye and mouth hole. Speaking of eye holes - they must have had some weird mishapped kid for the mask model with either no eyes at all or eyes on the side of their head. I'm not sure I ever even got my mask out the the box without creating a long tear. How the one shown here survived, I will never know. Perhaps it is the only one. And, who is this? Did we actually go a just some guy?

We would get apples, a lot of popcorn balls (you couldn't eat them fast enough and soon they became popcorn rocks - the real, but secret source of bad teeth), cookies, and some candy bars. Maybe five candy bars were a real score - the holy grail of the season. These were almost worshipped. Carefully laid out and guarded with your very life.

Bridger doesn't guard his candy so jealously. Amazingly enough, it wasn't too long ago that he finished last year's stash. It wasn't that he got so much as he is really into saving. Don't ask me what that might look like when he's grown!

Now, if I can just sneak the tootsie roll pops before he finishes them off I'll have it made.