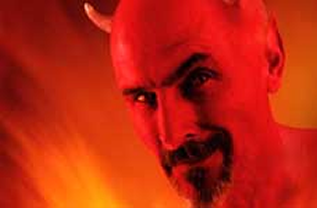 I have continually been fascinated by dichotomy - it's everywhere, yet most people, given a choice, will tell you that most things are primarily black and white. Suppose I asked you if the statement, "look before you leap" is a reasonable and applicable axiom and if you might generally apply it to you life. I think concurrence would be wide-spread. Now, suppose I asked the same question about the statement, "he who hesitates is lost". What now? What if I reverse the questions? These "truisms" are not as true as we suppose. In fact, I could argue that each is mutually exclusive of the other and therefore, neither is true. Yes, I can hear you say that it depends on the circumstance. That is precisely the point. What good is any axiom if it isn'’t a guide? In my book, they become subject to the whim of the user, perhaps USED to justify an action, or a result. So axioms are, in the end, worthless. The fact that I see "both sides of the paper" at one time drives my wife crazy. It makes it hard to get a firm answer and in fact, I know it to be true. Sometimes I think that I've done it, yes - whoever I'm speaking to understands - they see both sides. Mostly, I think it is fleeting glances and then it is gone. For me it is like understanding the theory of relativity. When I watch a special or read a book, I think, yes I've got it; I understand. Yet, in five minutes it is all gone again and I feel like a thick-headed moron standing around with his britches full. It is a nightmare to communicate, but it is a great way to approach any decision. For work, the partners in the company recently took management tests and I scored strongly in the big picture/little picture - both sides of the coin thinking. I just can't help it. It doesn't cripple me when decision making; it is terrific, but it is damn hard to communicate all the back and forth to more concrete thinkers. Because of this personal little wrinkle, I am interested in and I have collected axioms similar to the one given above for several years now. Some I ran across, some I brought together, and some are pretty obvious. This compendium will screw you up forever -– here it is!