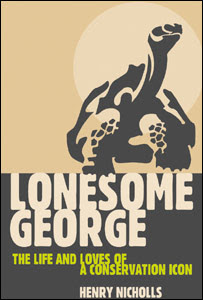 The full shortlist for the 2007 Royal Society Prize for Science Books:

Homo britannicus, by Chris Stringer (Penguin Allen Lane)
Homo britannicus tells the epic story of the human colonisation of Britain, from our very first footsteps to the present day. Drawing on all the latest evidence and techniques of investigation, Chris Stringer describes times when Britain was so tropical that humans lived alongside hippos and sabre tooth tigers; and times so cold they shared the land with reindeer and mammoth; and times colder still when humans were forced to flee altogether.

In Search of Memory, by Eric R Kandel (WW Norton & Co)
Nobel laureate Eric R Kandel charts the intellectual history of the emerging biology of the mind, and sheds light on how behavioural psychology, cognitive psychology, neuroscience and molecular biology have converged into a powerful new science. These efforts, he says, provide insights into normal mental functioning and disease, and simultaneously open pathways to more effective treatments.

Lonesome George, by Henry Nicholls (Macmillan)
Lonesome George is a 1.5m-long, 90kg tortoise aged between 60 and 200, and it is thought he is the sole survivor of his sub-species. Scientific ingenuity may conjure up a way of reproducing him, and resurrecting his species. Henry Nicholls details the efforts of conservationists to preserve the Galapagos' unique biodiversity and illustrates how their experiences and discoveries are echoed worldwide. He explores the controversies raging over which mates are most appropriate for George and the risks of releasing crossbreed offspring into the wild.

One in Three, by Adam Wishart (Profile Books)
When his father was diagnosed with cancer, Adam Wishart couldn't find any book that answered his questions: what was the disease, how did it take hold and what did it mean? What is it about cancer's biology that means it has not been eradicated? How close are we, really, to a cure? There was no such book. So he wrote it. One in Three interweaves two powerful stories: that of Adam and his father; and of the 200-year search for a cure.

Stumbling on Happiness, by Daniel Gilbert (Harper Press)
Psychologist Daniel Gilbert reveals how and why the majority of us have no idea how to make ourselves happy. The drive for happiness is one of the most instinctive and fundamental human impulses. In this revealing and witty investigation, psychologist Daniel Gilbert uses scientific research, philosophy and real-life case studies to illustrate how our basic drive to satisfy our desires can not only be misguided, but also intrinsically linked to some long-standing and contentious questions about human nature.

The Rough Guide to Climate Change, by Robert Henson (Rough Guides)
Robert Henson has written this guide to a pressing issue facing the world. The guide looks at visible symptoms of change on a warming planet, how climate change works, the evolution of our atmosphere over the last 4.5 billion years and what computer simulations of climate reveal about our past, present, and future. It looks at the sceptics' grounds for disagreement, global warming in the media and what governments and scientists are doing to try to solve the problem.